The sensitive data shall be encrypted according to JSON Web Encryption (JWE) specification [RFC 7516]. Algorithm used to encrypt the payload is according to [RFC 7518] Section 5.1. The value of a JWE is following:

The JWE Ciphertext is the digital encryption of the Encrypted Data object (as defined in Section 6.2), including any content-coding that has been applied and should NOT apply any transfer-encoding to the payload-body.

JWS signature protecting the entity body is carried in an HTTP header UPI-JWS.

The value of the UPI-JWS is following: 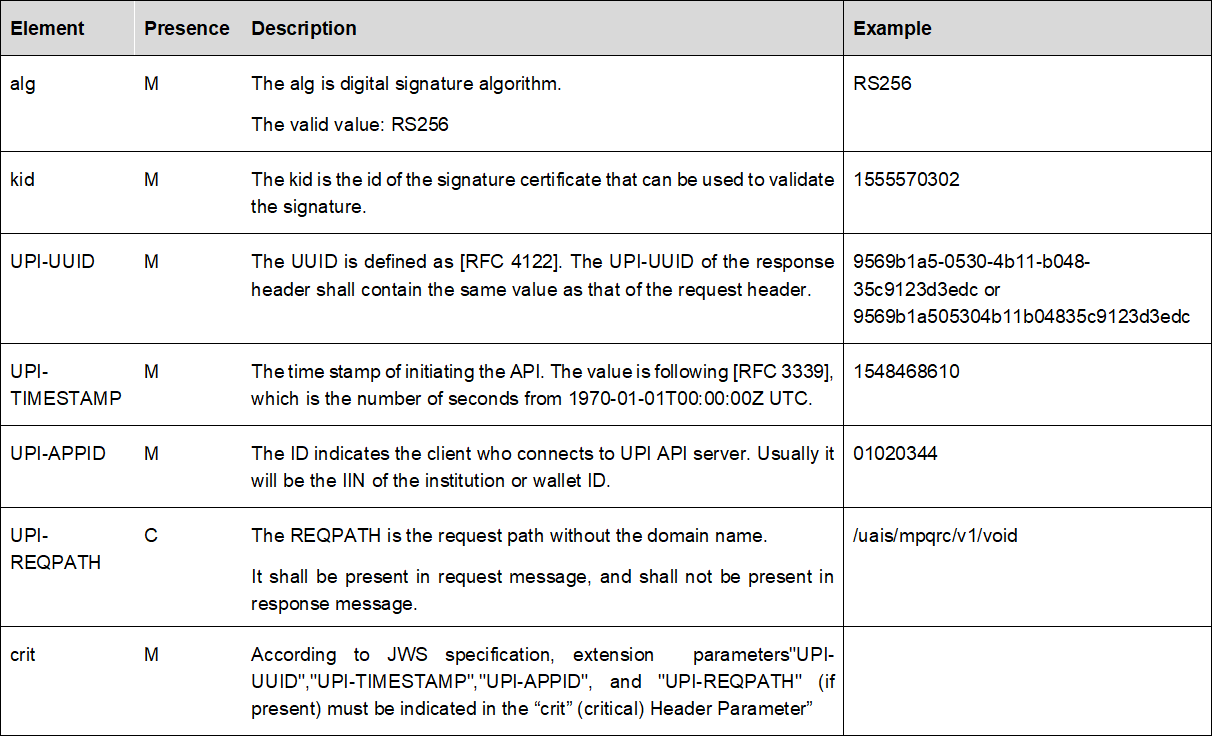 The JWS Signature is RSA SHA 256 digital signature of the following signing input:

JWS Payload is the entity body of HTTP message, including any content-coding that has been applied and should NOT apply any transfer-encoding to the message-body.